Andrea Christine Hammond is an American singer songwriter, violinist and band leader. Her passion for singing about simple roots and open spaces growing up under Missouri skies converging with current themes of living in Los Angeles is evident in her writing and sound. In 2010, Andrea was asked to open for David Sanborn and Joey DeFranceso which was the catalyst for the formation of the Andrea Hammond Band. In 2016, her album Secret Place was released featuring all of her original music. Comprised of world class and versatile musicians with extensive backgrounds in world music as well as Jazz, the band’s heartbeat is a colorful sound mosaic combining Jazz, folk, Americana, and world music elements. The band is anticipating the release of their new single “Little Black Dress”. As a violinist Andrea was recently part of Alphonso Johnson’s record entitled, Metaphors. As a studio singer, she was part of Dream Theatre’s latest album, The Astonishing, under the direction of David Campbell and was highlighted in Rolling Stones magazine following its release. Andrea has recorded as NRG studios and Capitol records with Charlie Pakkari and has had the pleasure of collaborating with Robby Robinson, Grammy award winner Mark Nilan and John Deversa, Pedro Eustache and Alphonso Johnson. Andrea has been in opening acts for Wilson Philips, Blood Sweat and Tears, The 5th dimension, Diamond Rio, Herman’s Hermits, Moody Blues, Judith Hill and Phil Keaggy. Andrea received a BFA from California Institute of the Arts in 2008 where she had the pleasure of learning from David Roitstien, Vinny Golia, Larry Koonse, Paul Novros, Charlie Hayden, Joe LaBarbara, Alfred Ledzekpo, and Rajeev Taranath. During her time at Calarts, she was featured in Jazziz magazine. Since then she has recorded for IMAX, ABC, Comcast and many other artist projects. 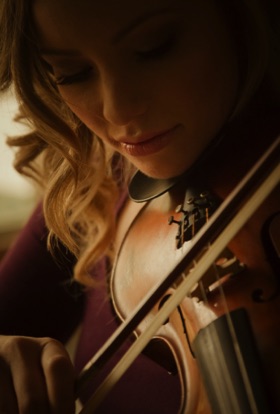